An essential ingredient in every Vietnamese household, ‘Nuoc Mam’ (Fish Sauce) is an irreplaceable part of Vietnamese cooking.

With its distinctive flavor, delicious taste and iridescent golden brown color, Nha Trang fish sauce is acclaimed nationally and internationally. Nha Trang has over 100 producers of this delectable anchovy based sauce, sold in both the domestic and international markets. Anchovies in Nha Trang and Truong Sa (Spratly Islands) sea waters are considered as some of the best in the country for making traditional fish sauce. Using both the traditional process and more modern methods in production, producers can create different varieties of the product to meet the tastes and demand of the consumer.

Binh Tan is an old village next to the estuary of the same name in present-day Vinh Truong Ward in Nha Trang. For more than a hundred years, the villagers here have earned their living from nuoc mam (fish sauce). Nuoc mam is to Vietnamese cooking what salt is to Western and soy sauce to Chinese cooking. It is used as a condiment and is an essential in practically all recipes. One interesting characteristic of fish sauce is that it loses its fishy, pungent odor once other ingredients are added to it. Together with chili and carrot slices, it is often used as a dipping sauce for all kinds of food.

Its other main feature is of course its pungent fishy smell and salty flavor. And especially its pervasive, raw smell during the production process, which is certainly not as pleasing to the nose as the finished product. Stopping at the bustling fishing wharf of Vinh Truong, you  will see hundreds of people busy unloading fish from the ships docked at the wharf. Ca Com, or anchovy fish, is the main ingredient to make nuoc mam in Binh Tan.

Ngoc Hoai, a woman who has been making fish sauce for 30 years, says Nha Trang has many anchovy fish, and nuoc mam made from the fish caught in the region tastes different from elsewhere in Vietnam. A house where nuoc mam is made is called ‘ha thung’ (house of barrels) because of the large wooden barrels piled all over the house, in which the sauce is fermented. Some barrels are so big that they can hold hundreds of kilograms of fish. The barrels are usually made from the wood of such trees as bang lang, sen or chieu lieu, whose trunks range in diameter from 60 to 100 centimeters.

The timber is split into four-to-five-centimeter-thick sheets, dried thoroughly and then assembled into round or oval barrels – each fastened with four or five bamboo ropes. To make the ropes, bamboo is submerged in a creek, river or pond for two to three months and then split into two-to-three-centimeter strands. Ten to 20 of those are plaited together to make the rope. Any cracks or holes in the barrel, excluding the essential drain hole at the bottom, are filled with a mixture of otter oil, resin, sawdust and cajuput. The barrel then has to dry for at least one week.

Then the actual task of making fish sauce begins. To make nuoc mam, people usually mix fresh anchovy fish with salt based on a 1:1 ratio, meaning for one bowl of fish, you add one bowl of salt. Depending on the variety of sauce being produced, the ratio can vary from producer to producer.

After the fish is washed, it and the salt are placed in alternating layers to fill the barrel.  The top layer is pressed using a bamboo net and heavy stones. The barrel is  then sealed and left from a period of of 6-12 months so that the mixture can ferment. After the fermentation period,  the fishes are totally hydrolyzed. The first liquid that comes out is known as nuoc mam song (raw fish sauce). The cloudy nuoc mam song later is poured back into the barrel.

The next liquid that drips out of the barrel is called ‘nuoc mam nhi’. This amber yellow liquid has an average protein concentration of 36% and is considered to have the best quality. After taking the nuoc mam nhi, people put more salt into the barrel to produce category-two nuoc mam.  The remaining mixture takes some more time to finish fermentation, after which, .all the liquid is collected, sterilized and ready to serve. For commercial purpose, the sauce then goes to a factory to be bottled and labeled before being sent to distributors. 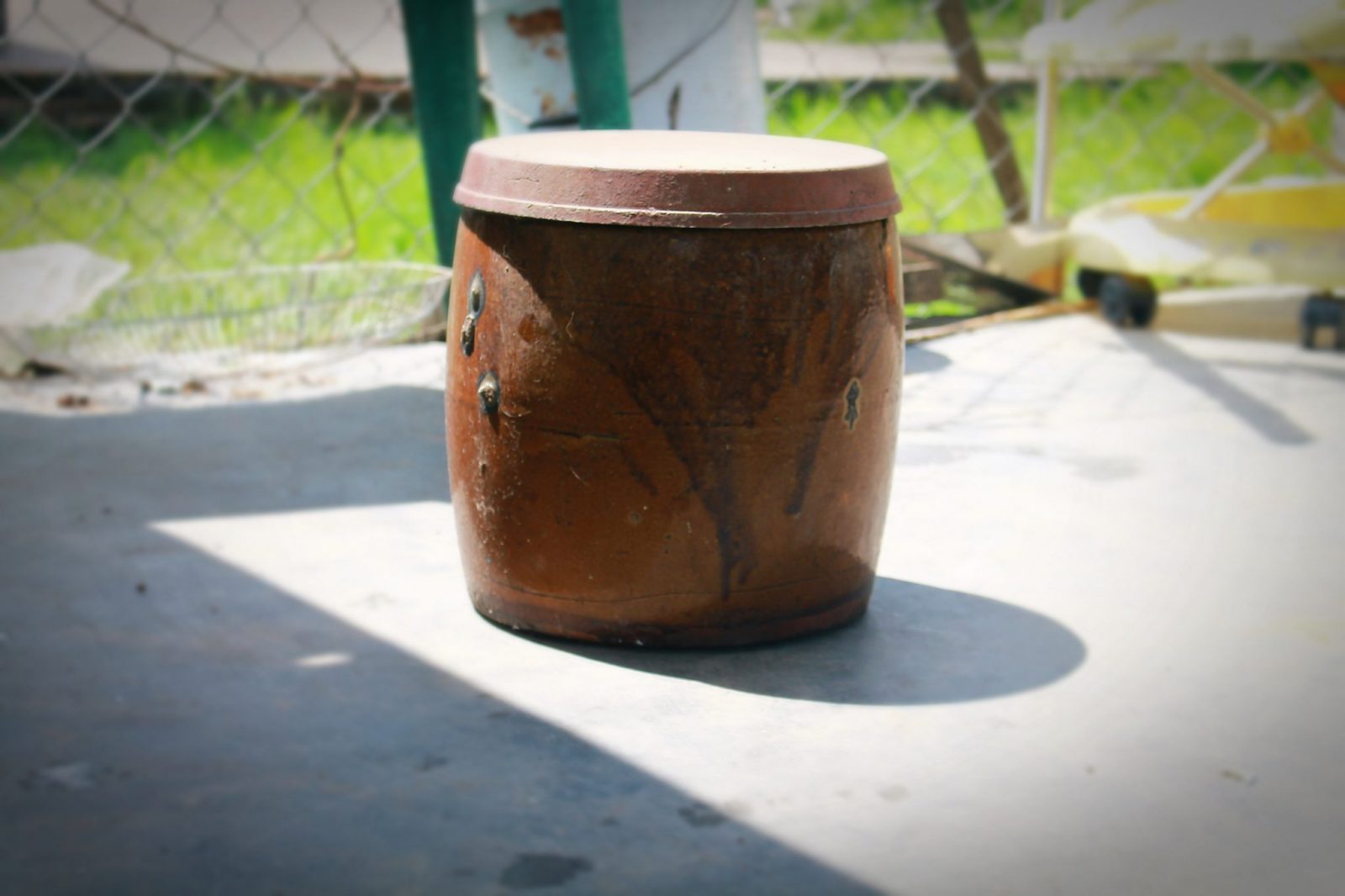 The technique of preparing nuoc mam in Binh Tan has changed in recent years. Many of the more than 200 families now making fish sauce in the village have replaced the old wooden barrels with cement tanks to shorten the time for fermentation.  However, the flavor of nuoc mam remains unchanged. Many fish sauce makers in the village have become popular under their registered brand names, such as Chin Tuy, Nha Trang, Hai Viet, Ngoc Hoai and Ngoc Hai.

The four most famous brands of fish sauce in Vietnam are Cat Hai, Nha Trang, Phan Thiet and Phu Quoc. These are not specific producers, instead, each represents a whole region. For example, Cat Hai is an island in Hai Phong, and many families and business units produce the Cat Hai fish sauce. Recently, Chin Su Fish Sauce has appeared in the Vietnamese domestic market and has achieved great success in term of popularity. It tastes quite sweet, but is not as natural as the traditional fish sauce.

Though Vietnamese use fish sauce in daily meals, they very rarely eat the sauce on its own. Firstly, it is added to dishes during cooking to give them a nice salty flavor. Secondly, it is diluted by mixing with other ingredients such as chilles, sugar, garlic, ginger and rice vinegar. Most dishes have their own particular dipping fish sauce : spring roll (chả nem), battered shrimp (bánh tôm), pancake (bánh xèo), boiled water spinach (rau muống luộc), and grilled meat (thịt nướng), among others.

Here’re some tips to help you choose a good  fish sauce:

It’s certainly so easy to buy fish sauce in Vietnam. Go into any grocery store or a supermarket, and you’ll see an entire aisle for fish sauce of all types and brands, along with other dipping sauces like soy sauce, shrimp paste, vinegar.