While coconut, bamboo and lotus  are more well known as symbols of Vietnam, an often overlooked but hugely important fruit to local people is the lowly banana. Known as ‘Chuối’ in Vietnamese, it is widely used in both the kitchen and in Vietnamese spiritual life as well.

Contrary to popular belief, bananas don’t  grow on trees. The fruit comes from the world’s largest herbaceous flowering plant which is often mistaken for a tree, but is in fact, a false stem or ‘pseudostem’. The plants can grow in many different types of soil and are relatively low maintenance, making them ideal for cultivatation on the hills of Vietnam.

Grown in over 100 countries the banana is one of the most widely consumed fruits in the world. In Vietnam, it comes in a large variety of different types including Chuối Tiêu, Chuối Quả Tạ, Chuối Ngự, Chuối Sáp, Chuối Cau and Chuối Sứ. Although they each have different characteristics and tastes, the Vietnamese varieties are all considered delicious with a natural, sweet taste that is great for your health. 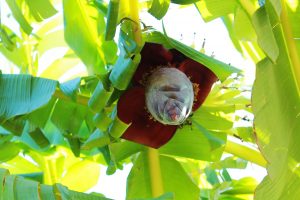 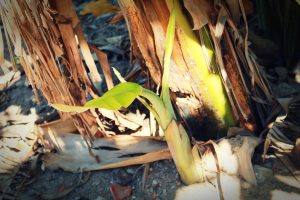 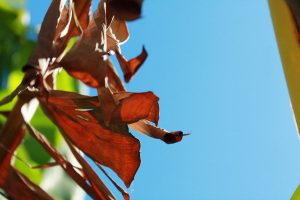 Chuối Tiêu and Chuối Quả Tạ (Chuối Móc) have long been used medicinally in Oriental Medicine, and help in anti-inflammatory protection and in the treatment of high blood pressure. Chuối Ngự is noted as the sweetest banana with the most beautiful appearance, often hand-picked for royalty. As a result, the name “Chuối Ngự” literally translates as “The banana offered to the king”.

The banana is important in Vietnamese daily life as it is one of those plants that can be used entirely – the stem, leaf, root, flower and fruit each has its own uses. It was particularly important during war and famine; even after the entirety of the plant had been eaten, the roots could be dug up and boiled into a tea or soup.

Fresh banana leaf is commonly used to wrap sticky rice and many different kinds of Vietnamese cakes  like Bánh Ít, Bánh Chưng,  andBánh Ú. Dried banana leaf can be used to create very strong ropes and even to fabricate beautiful handcrafted furniture like chairs or tables. Small banana buds are used as a common ingredient for many kinds of salads or served in bowls of noodle soup – especially in Clam Noodle Soup. Furthermore, there are a huge variety of desserts created in Vietnamese kitchens from the simple banana.

In spiritual life, it is one of the 5 types of fruit that are offered as gifts to the ancestors (Ngũ Quả) – the others being green custard apple, orange, fig and pomelo. Children use them to make home-made jewellery and toys in the garden, and it is popular in playground games, making it truly a multi-purpose fruit of great significance to local life. 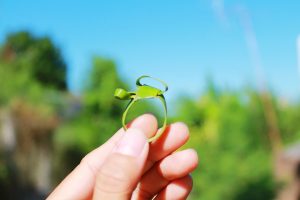 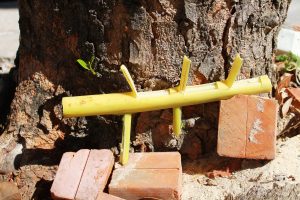 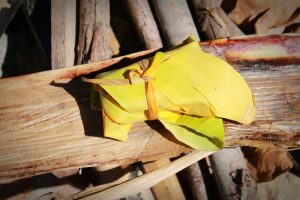