It is not every day we get to meet a western farmer in Vietnam, and this is a unique story that stems from one man’s passion for organic produce, brought about by the unfortunate circumstance of a young girl’s debilitating illness.

Denny Strand, 59, has been living in Nha Trang on and off for almost twenty-five years. Often active in helping those less fortunate than him, he had a chance meeting with a young girl, Le Ai, five years ago. The legacy of Agent Orange from the American War still rears its ugly head, and due to its pervasive effects, Le Ai suffers from Grave’s Disease (a rare ailment that affects the thyroid gland and auto-immune system). 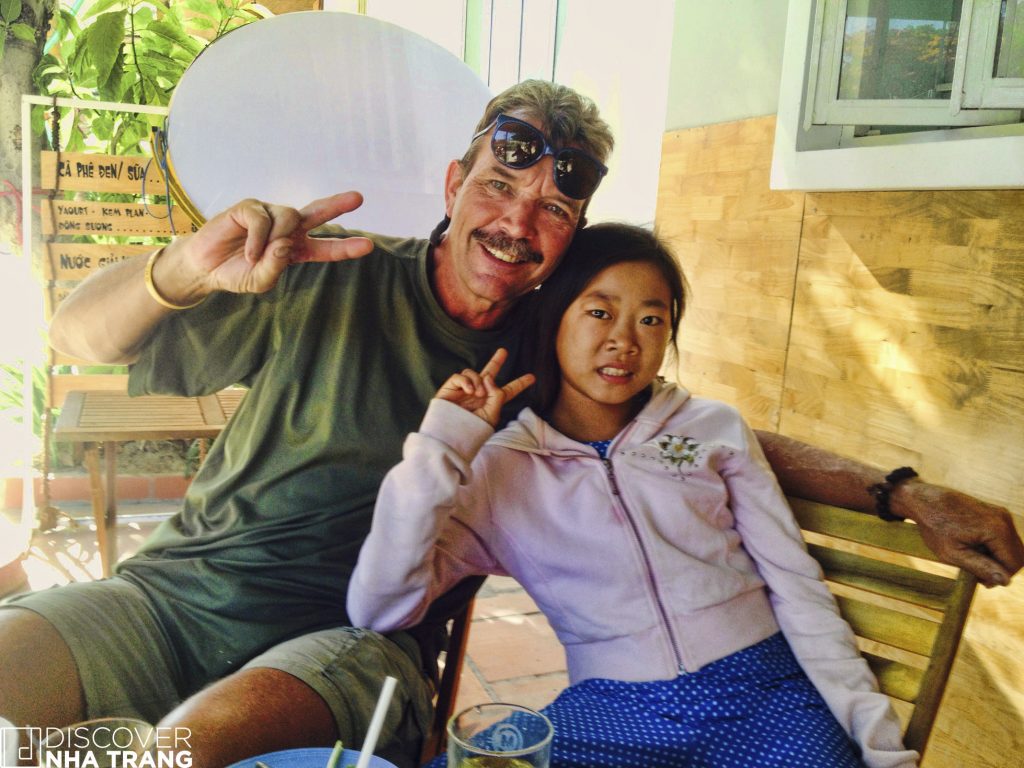 He became close to her family, and helped her with the complex medical care that she required, visiting many hospitals and specialists to diagnose her and treat it effectively. Modern farming practices in Vietnam mean that almost all of the fresh produce is farmed using significant quantities of pesticides, and this presented a unique problem for Le Ai and her family – themselves generational farmers.

Denny then hit upon the idea to create his own organic farm on the outskirts of Ninh Hoa (40km from Nha Trang), to show Le Ai and her family how to grow organic produce that they could sell, while giving her a healthy diet to aid her condition. In the first year of operations, they produced up to 40 different types of herbs and vegetables; however, the cost of organic farming is inherently high in comparison to modern, chemical enhanced methods. As a result, they had lots of delicious fresh produce, but no buyers due to the price. Clearly, a change in tactics was needed! 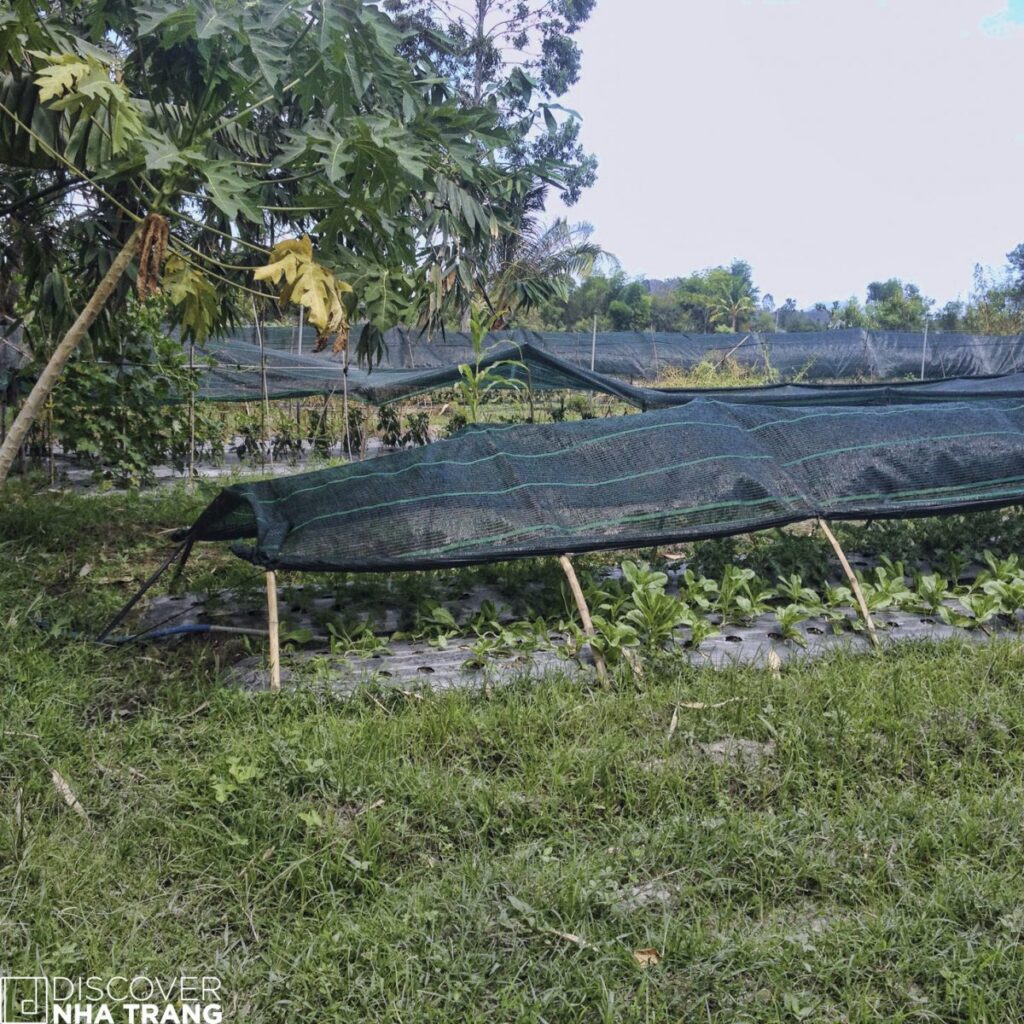 Having been born and raised in New Mexico, Denny is no stranger to farming where blue corn, and in particular, Mexican chilies are ever-present. In Vietnam, chilies are a staple ingredient in every household and are one the most consumed of all vegetables. One would think it foolhardy to try and enter a business that is already provided by so many local growers. Denny came up with an innovative, albeit risky idea, and thus began the creation of the country’s first organic chili farm, growing Mexican chilies in Vietnam. The first year focused on propagating the seeds to create a seed bank for future operations, and now in its fourth year, Denny’s company, Simply Organic grows various types of Mexican chili including Jalapeno, Tomatillo, Chocolate Habanero and New Mexican Green Chile. 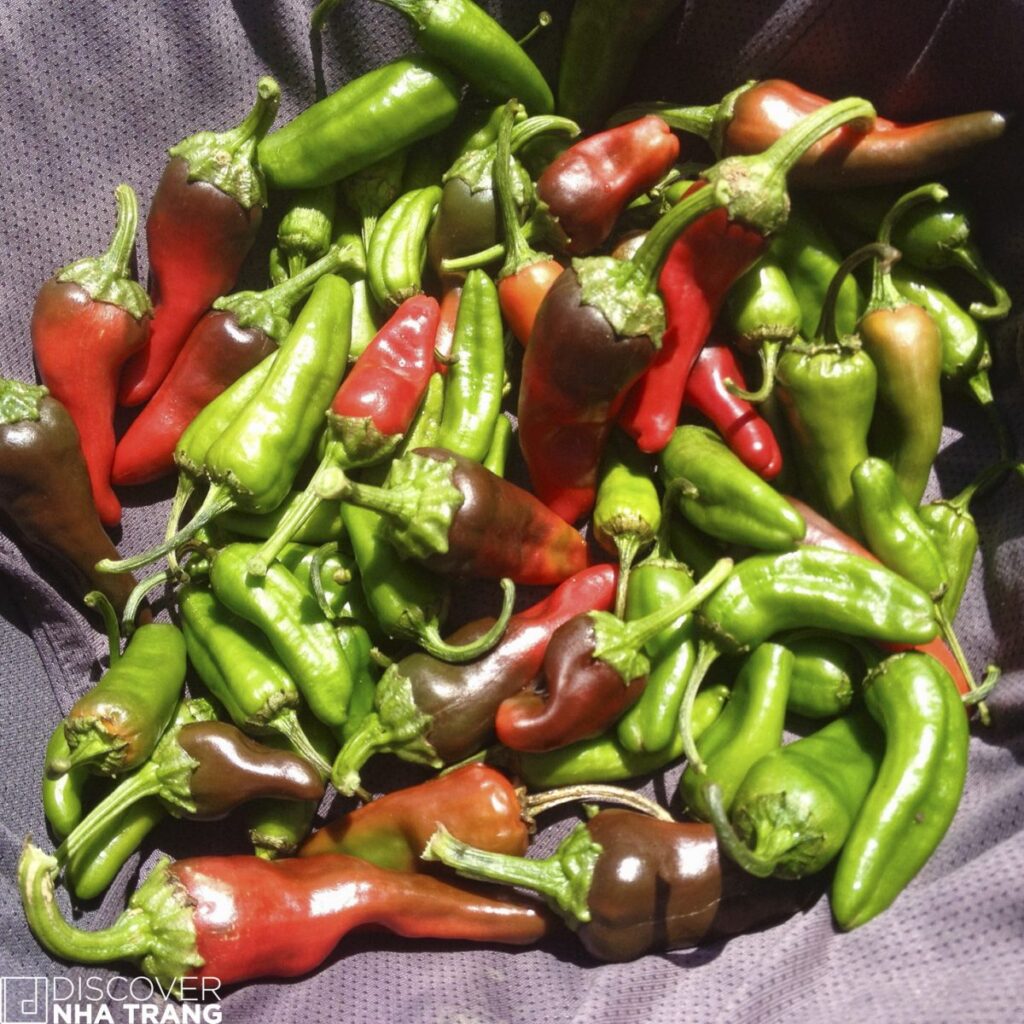 The retail cost of his chilies is still five times higher than the local variety, but Simply Organic has found its niche selling to Mexican restaurants nationwide that seek the right ingredients to create authentic dishes. Le Ai and her parents work the farm while Denny takes care of both farm work and sales, and it has blossomed into a productive enterprise. “As soon as we have a harvest (every three months), the produce sells out immediately, noted Denny. “Mexican Restaurants must import them which is expensive and reduces quality. While the Vietnamese chili itself is tasty, it does not lend itself to traditional Mexican dishes”, he explained.

This type of farming is not without its challenges. Last year, an exceptionally wet rainy season almost wiped out the crop, while periods of drought in hotter months make access to water and irrigation a daily concern. Moreover, keeping the farm pest free without the use of chemicals is a never-ending battle. Rather than using pesticides as all the neighboring farms do, Denny has come up with his own natural products such as chili, onion and garlic sprays to ward off predators. “The biggest issue regarding pests is that they avoid the farms that spray chemical deterrents and flock to ours,” he opined. He combats this by planting mustard greens that they eat voraciously which helps keep them contained in one area, allowing the chiles to grow uninhibited.

“I want to bring back the old ways of farming, and create a purely organic and sustainable business for Le Ai. Furthermore, it teaches local people the importance of what they are feeding their children and future generations”, said Denny. “I have been teaching them some western ways of farming such as companion planting (growing multiple crops in the same plot which serves to improve the entire harvest), and we have become almost like family over the years working together,” he added. Denny and Le Ai’s family are busy preparing for the next harvest while receiving new inquiries from hotels and restaurants across the nation. It is an inspiring story of a man who dared to do something a little different, in the face of risk and uncertainty. Le Ai has improved dramatically since she began her organic diet, and she is almost unrecognizable from the sick child that Denny first encountered. She actively works on the farm with her parents and looks forward to a future of good health and prosperity. The proof, as they say, is in the pudding, and Le Ai’s family are a testament to the possibilities of organic farming in Vietnam.